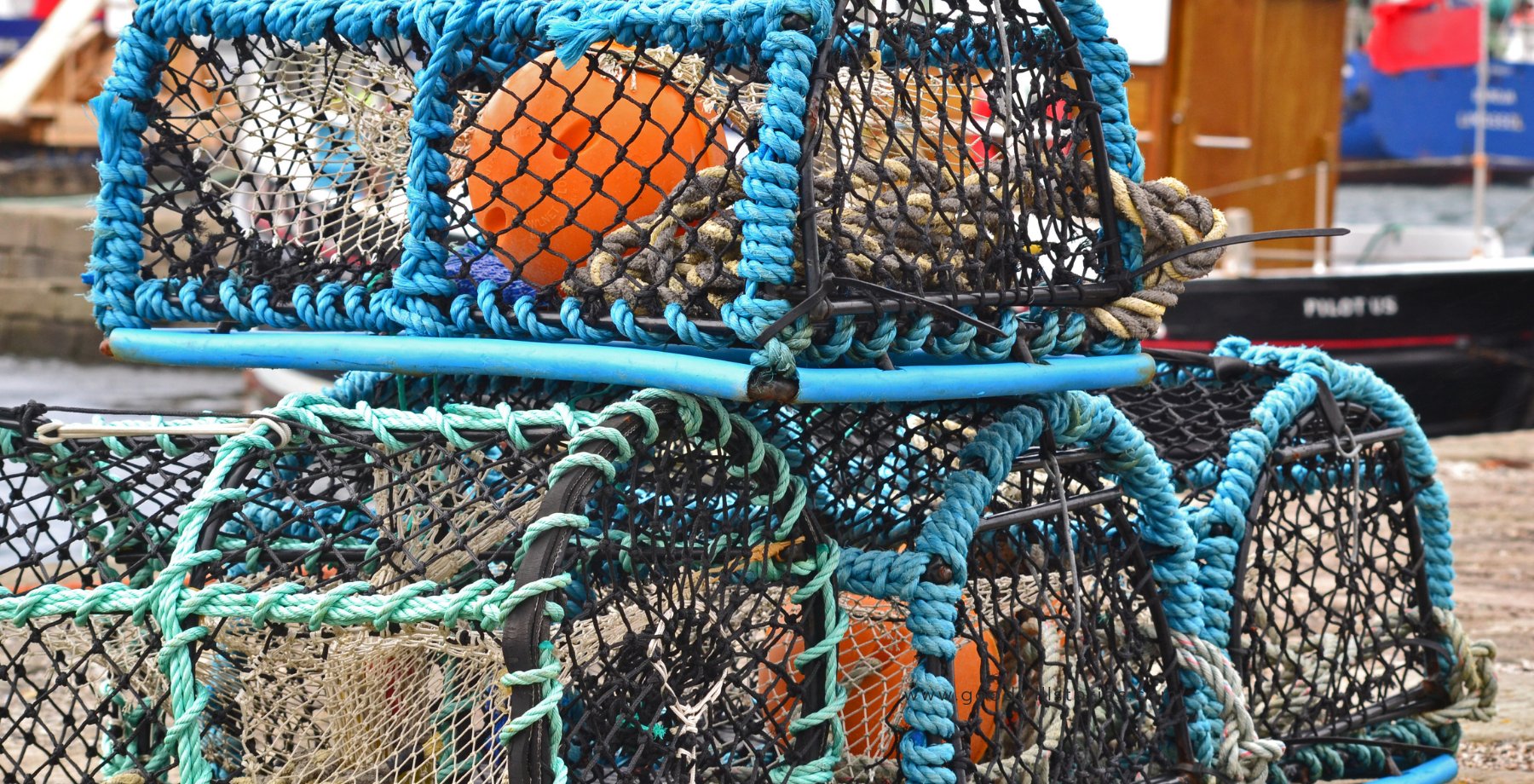 One woman's journey:  A cancer diagnosis during the COVID pandemic

Rhiannon* is a beaut’ from New Jersey; she’s another friend I was blessed to meet via social media during the COVID pandemic.  It’s true that birds of a feather flock together, even virtually.  One of our twin interests brought us together in a Facebook group.  We bonded over a discussion about lobster and how that when she regained her sense of taste after cancer treatment, she would visit Maine and eat lobster along the entire coastline.  I agreed on her wisdom, noting we shared that passion and immediately offered to be her wingman.  And, that’s how it is with Day Drinking buddies.  We form friendships, instantly and anywhere.

In January of 2020, no one expected to become so isolated and overwhelmed from the sea change caused by the pandemic.  It was a tidal wave, hitting unexpected, and immediately made virtual shut-ins of us, all.  It became a time of deciding on the future, of sifting through what was past and what would come—all completely dependent on our own choices.  By Fall of last year, Rhiannon decided that the place she needed to be was with her mother.

“I chose to move into my mother’s home,” she explained.  “I am blessed to have her still healthy and living independently, but she is over 80 years old.  During the pandemic, since I’m single and was living on my own, I thought she needed me.  Little did I know how much I would come to need her.”

The COVID pandemic brought chaos and confusion, in the form of a sudden and decisive sea change to our lives.  In Rhiannon’s case, later last year it also brought cancer.  “In November, right after I moved home, I felt a lump on my neck.  I refused to speak the “C”-word but immediately made an appointment to see my doctor.  I got an in-person appointment in record time.”

The next couple of weeks brought a flurry of appointments, tests, including a biopsy, which confirmed her biggest fear, cancer. “I’ve always been a positive, social, and active person. This felt like the lowest point in my life. I was recently divorced, at a certain age, living with my mother, isolated from all of my friends, unemployed, and then I was diagnosed with cancer. It was most certainly not where I’d planned to be at this time in my life.”

Rhiannon’s words echo those of so many of us over this past year.  All of our plans, our visions for ourselves, were thrown into sharp relief amid the glaring, stark reality we found after the pandemic began.  And, her experience was made all the more frightening with a cancer diagnosis.  Studies continue to show that social support makes an enormous, healing difference during cancer treatment.  But how would Rhiannon make and sustain those connections amid the COVID pandemic?  Her mother, supportive and loving, could not possibly be the sole source of encouragement during this time.

“Well, my day-to-day quarantine family was pretty small.  It included my mother and my dog, Cha Cha,” a little 16-year old Chihuahua, who herself developed a facial lesion during the early period of Rhiannon’s cancer diagnosis.  “Thank God, it was just a tooth abscess but I was just beside myself, at first, thinking that she, also, might be facing something bigger. It felt like just my luck.”

Creating Her Own Virtual Support Group

So, Rhiannon took to social media and in particular, Facebook. “Up to the presidential elections, social media earned its reputation for being the place where everyone’s political drama and differences played out.  And, don’t get me wrong, I’d done a bit of that, myself.  Yet, I had a large network of friends, from my life’s journeys. Facebook allowed me the platform to share updates, photos, even talk through my fears and even my guilt, over this cancer experience.”

Guilt? Over cancer? How is that even possible?

Rhiannon can laugh about that…now.  “Well, my father died of cancer, himself, because he smoked all of his life,” she explained. “I’d smoked but quit years ago and after that had always taken good care of myself.  I ate right, exercised and limited my alcohol intake.  I had a great job, in child development and education.  I had a good life.  But, after I found the lump, I just kept thinking I brought this on myself.  It was my smoking that did this.”

Ah, don’t we know ourinner critic? I call her “Janet McJudgerson.” For me, I’ve learned she is that judgey internal narrator who is either quiet or loud, depending solely on the amount of grace we grant ourselves.  Rhiannon was diagnosed with tonsil cancer, the most likely cause of which was her former smoking habit.  However, since quitting smoking she was conscientious about her health.  It was because of that her cancer was detected, early.  It was diagnosed as being at stage two, and had not spread beyond her neck and tonsil area.  That was an important bit of very good news.

“OK, I finally got my OFFICIAL diagnosis,” she explained in her social media post announcement to her tribe of friends. “Squamous cell carcinoma on the tonsil and lymph nodes. Okay…Chemo and radiation. I’m GONNA fight.  I will NOT give up.  Not gonna lie.  It’s been hard but I’m not gonna go down without fighting this shit.”

She shared her story of what she thought caused her cancer.  “I posted that if anyone of my friends still used tobacco to please quit, now,” she said.  The other side of sharing her story was the encouragement she received from her network of friends.  They urged her to let herself off the hook about having previously smoked cigarettes.  And then the cards and letters began arriving.

“Everyone began writing to me.  Words of encouragement, of love and support.  It meant so much.  On my really bad days, I read them over and over again.”  She made a scrapbook, saving each one of the cards and letters. She posted her gratitude to friends, showing off the scrapbook, then even more positive bolts of light in the form of handwritten mail would arrive at her door.

A Whole New Bunch of “C-words”

At the outset, Rhiannon talked about the dreaded “C” word as if it had four letters.  Yet, as she talked about her journey, there were many other letters beginning with “C” that came to mind.  Courage for her fight and also a sense of compassion for herself and for others going through similar experiences.  And, as she completed her cancer treatment, there emerged a specific energy, a confidence for her future.  To hear her talk about what lay ahead for her was just down-right inspiring.

“Well, first, I need to just focus on my physical health,” she explained.  “At five-nine, I’m only 125 pounds following treatment and I’m working on gaining weight.”

Oh, what a problem so many wish to have, I thought, myself at barely five-three and definitely beyond 125 pounds!

She then posted about her next steps to her friend network.

“Goals! I need to get my health in order. 2nd. I need to figure out my employment THEN my love life. #imtrying.” She sure is.  The encouraging comments, in response, were simply love-filled.

These were just a sample of them:

“It will all come together one day at a time, sending prayers.”

“Keep your face always toward the sunshine - and shadows will fall behind you,” Walt Whitman.

“It is important to set goals for yourself. We all do that. You got this honey!!”

“Rhiannon, each & every day things fall into place at the right time. Trust in this. Much love & prayers and positive energy to you every single day. Love  you!”

I observed that “Then the universe says, ‘oh dear, hold my glass, I’ve got this’…and a change of plans ensues!” And that’s because methinks she may get the boyfriend before she lands the new job. But in whatever way it unfolds, she has the creativity (another “C” word) to consider her future, forward, and a healthy life beyond cancer.

This sort of visionary philosophy got me thinking and we talked about the law of attraction, specifically, about the concepts of “attachment” versus “effortless detachment.”

“I had to let go of holding onto a specific outcome regarding my cancer,” she explained. “But to just simply have faith that it would all work out, however it worked out, and to focus on putting one foot in front of the other.”

Author and poet, Kahlil Gibran, observed, “Doubt is a pain to lonely to know that faith is his twin brother!” It struck me that Rhiannon had worked through her fears to have a deep faith in her healing journey.  For some, like my father, his healing from cancer resulted in his passing.  He was free from pain, illness and will forevermore be found in football huddles, inspiring the QB during audibles.  Rhiannon’s healing is different.  Yet, she also experienced both physical and spiritual healing.

I’m so excited to visit Maine with her–whether we start at the tippy top of the state, or work our way up from Boston.

I know it’s going to be one hell of a culinary journey with my friend, the Lobster Girl.