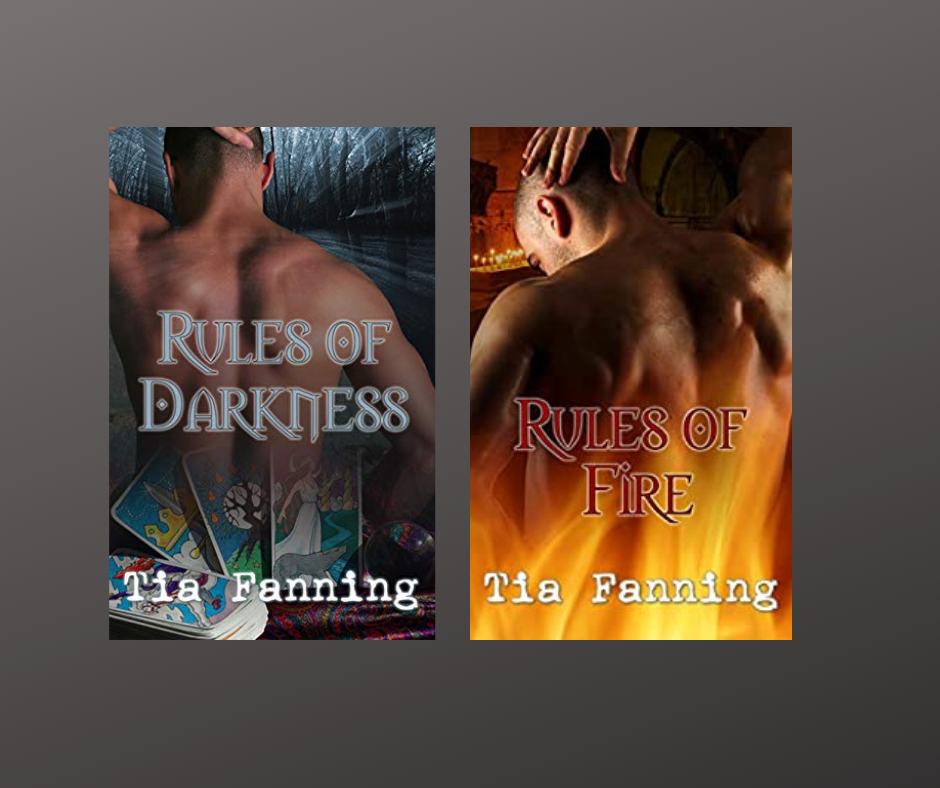 Her break-out two-part series includes strict rules for each character’s survival – and evolution. These were such captivating and engaging reads, from the first moment when we are introduced to how the old world and ancient teachings exist in a settlement just outside our modern day world. Fanning’s character, Katia, struggles with acceptance of her gift to heal those with mental illness because of the responsibilities that accompany her gift. As Fanning weaves her dark and twisted tale of opposing forces, both stories are perfect companions for your summer beach vacation or a holiday winter break.

If you want to be swept away by a story then these are for you!

Book one, The Rules of Darkness – all 12 of them – are so true that it feels like commandments we ALL should follow!  Willingly, I might add, as we are pulled with hurricane force right into a world that spans from the now to all the way back to ancient times. It also reaches from the here to across the veil into the immortal world, to those who have crossed over to the other side.  These forces – as old as time itself and as magical as what could be created across lifetimes – work together to sweep us away, and spark our imagination. Fanning’s heroine, Katia, and her betrothed, Stoyan, work through acceptance and mastery of their gifts and the mantle that is Katia’s to bear in this lifetime.

Book two, The Rules of Fire, follows Katia and Stoyan’s adopted daughter, Angel. Her story is even more captivating than the last.  Wow!  While on a journey of discovery, she is enslaved by the bondage borne from guilt, shame, and obligation. Angel discovers how tragedy buried in the past can and does return to haunt us. She must learn to set herself free from the pain and folly of keeping secrets from those she loves – a fundament truth of life.

Suspending belief of our everyday world, author Tia Fanning helps us to consider the ultimate value in loyalty and faith among friends and family.  Get swept up in this dark and fiery vortex! You’ll enjoy every moment to ultimate freedom from the unhealthy ties that bind.